Where is the mind? Reflection after seeing a japanese psychiatric medication advert of 1970 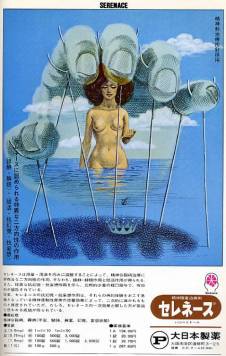 This is a Japan advertising of 1970 for a psychiatric medication.
I like it because the BODY appears on it.
Not only the HEAD.

If you type «Psychiatric» word, most of the images will show basically the head, the brain. Psyche is in the brain.
We only think with your heads.

Well I don’t believe so.

I believe that psychiatric problems have not only a direct impact in the body, but also the body itself is responsible the source itself of the problem.

Body-mind connection is undoubted. And if we go further… where is the mind? Nobody yet found it.

It might not be live in a secret department of the brain but in the whole surface of our skin, or in the iris of our eyes, or in our blood, or simply in every cell of our being. 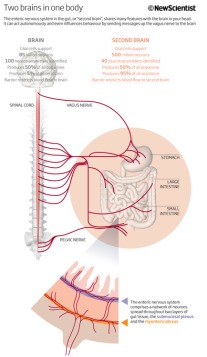